The Trans-Siberian Railway in Russia draws passengers year-round, and riding its entire 5,700-mile length takes eight days and spans seven time zones. There are several route options, but travelers going the full distance from Moscow in the west to Vladivostok (northeast of North Korea) in the east, can travel in style in first-class compartments called “spalny vagons.” That rolls off the tongue nicely!

Tsar Alexander III initiated construction of the railway in 1891,and when he died a few years later, his son, Nicholas II took over. The railway was completed in 1905; Nicholas, last of the Romanovs, abdicated in 1917 and was killed by the Bolsheviks in July, 1918.

But the Trans-Siberian Railway carried on, and to this day it remains an honest-to-goodness working railway, toting immense amounts of cargo from one end of the immense country to the other.

But what do trains have to do with grammar? They’re a great metaphor for today’s topic: run-on sentences. 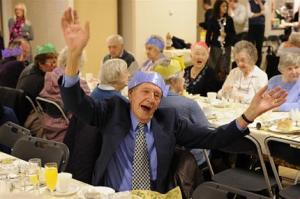 Clarice wished she hadn’t accepted Hubert’s invitation to the Egg Salad Sandwich Convention it was turning out to be a long weekend.

Fixing this centers around inserting a semi-colon in the proper place, inserting a coordinating conjunction right after a comma, or creating two separate sentences. If we choose the first option, it’ll look like this:

Clarice wished she hadn’t accepted Hubert’s invitation to the Egg Salad Sandwich Convention; it was turning out to be a long weekend.

We can also add a conjunction after the comma:

Clarice wished she hadn’t accepted Hubert’s invitation to the Egg Salad Sandwich Convention, for it was turning out to be a long weekend.

And just because the Trans-Siberian Railway spans 5,700 miles doesn’t mean run-on sentences are always long; it’s the lack of proper punctuation that derails them. Like this:

Edwin ate too much he ended up with a terrible stomach ache.

Yikes! Not only is Edwin sick, but so is that sentence! There are actually two complete sentences jammed into one.

Like the previous example, we can fix the sentence by adding a semi-colon, a conjunction, or creating two new sentences. If you choose the last option, be careful that you don’t lose the original meaning of the thought by creating sentences that read “choppily.”

Edwin ate too much. He ended up with a terrible stomach ache.

Those new sentences sound broken-up and uncomfortable to read, so it’s better to use punctuation or a conjunction to make the sentence flow.

If you’re joining two sentences that can stand alone (independent clauses), make sure to join them with proper punctuation, a comma and a conjunction, or create two separate sentences. Think of those options as “train depots” on your way to a smooth journey and you’ll do fine!

A lifestyle site that toasts elevated, fulfilled living. Stories from New York City and Paris and tales of style, beauty and real life.

A blog full of humorous and poignant observations.

A wife, mom, and teacher looking for the best in herself and others.

Hilarious comic-tary on news, views, and attitudes. Publication days are bendy. We're creative and love the sound of deadlines as they...are those pretzels?

Living the Dream in Cesky Krumlov

because im addicted
The Ignited Mind !

"If you are resolutely determined to make a lawyer of yourself, the thing is more than half done already" - Abraham Lincoln.

Where the Heart Is